There is history behind the California Supreme Court, which has proven to be a staple in the lives of many who have needed it most in times of direction and law. The Supreme Court of California was something that came about in the 1800s after the discovery of gold and the Gold Rush taking place, when many of the ensuing issues would be heard by the court. Over the years, the Supreme Court has taken huge measures to show its people that it is looking out for their best interest. For instance, in 1998, the California voters worked to amend the Constitution to allow trial judges in each county to unify their courts. This would end in a countywide superior court system, which would streamline judicial branch operations and result in improved services to the public! 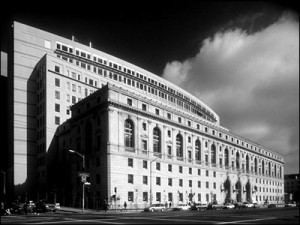 The U.S. Supreme Court is the head of the judicial branch. They are in charge of making sure that the laws and decisions made within the U.S. are constitutional. You can think of the SC as the final judge in all cases that involve laws of Congress and the Constitution. Justices are voted to the court by the President and then the Senate works to vote its approval of those nominations. People are employed through the SC to carry out duties and responsibilities, which is exactly why it is so important for the most dedicated to be nominated.

Duties of the Supreme Court Justice

This is a type of judge that is employed to decipher all laws and ensure that the Constitution is considered in making the most important decisions. Each state has its own SC for the sole purpose of ensuring laws and decisions within the state. A lot of responsibility is weighted on the shoulders of the Supreme Court Justices for each state, and in California this is no different!

Firstly, a Supreme Court Justice must make decisions on what cases should be considered by the court. The truth is, not every single case will be seen and some cases will be more priority than others, posing the most serious actions. How do they do this, though? They make determinations of whether or not the cases contain questions of constitutional violations. Many cases that are seen by the SC are actually appeals. This means that these appeals were seen in lower courts but the decision was not met.

Next, the Supreme Court Justices will brief themselves after they have chosen the cases they will decide. This means that they must familiarize themselves with the cases. After this happens, the lawyers involved in these cases will usually be given the opportunity to present arguments one-on-one to the justices. They are judges; however, it is important to note that they won’t hear testimony from witnesses and hold normal courtroom sessions.

Lastly, the justices will go into a private conference and make a preliminary vote. After the voting is done, the justices will spend their time researching and making arguments within the case. Opinions will circulate amongst the colleagues. Finally, a vote will be taken and a case is decided. A written decision is issued to the party or parties.

Yes, the Supreme Court Justices are extremely important in today’s Supreme Court. In California, we care about our people and our community and wish to strengthen it the best that we can. This is why we must work together to choose the best of the best in decision-making and somebody with a strong grasp on laws. California depends on it! 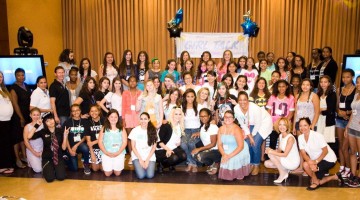 A Tireless Advocate for the Community For decades, Soheila Azizi has fought for truth, justice and human rights in the Inland Empire and Los Angeles areas. She is known for passionately advocating on … END_OF_DOCUMENT_TOKEN_TO_BE_REPLACED